I received some requests for a guide about how visitors can watch the OGN LoL games live at Yongsan Stadium. Obviously watching the games live will be a whole new experience, and it is far more different (and better, assuming that you won’t be standing at the back for 3-4 hours, as it will be explained below) than watching it through stream.

Yongsan Stadium is the home to OGN games. Besides LoL broadcasts, which happens on Wednesdays and Fridays, it also hosts Starcraft 2 broadcasts on Tuesdays and Thursdays. Yongsan Stadium should be a part of your travel plans for all avid e-Sports fans in Korea.

Although the OGN Summer season has wrapped up, the Korean Regionals will take place here, and you can refer to this guide in the future for later OGN tournaments! I will have a separate section for information on the OGN Summer Finals event that takes place this Saturday.

However, besides showing fans how to get to the venue, as a person who has been to a lot of these games now, I feel that there are important rules and notes that visitors should be aware of.

How to get there:
Yongsan I’Park Mall is a giant department store that specializes in selling electronic goods. It is located right at the Yongsan Station, on the Line 1. Line 1 is denoted by a dark blue colour on the subway map.

The subway system in Korea is established very well, and you should be able to reach a subway station with a 10-15 minute walk no matter where you are in the Greater Seoul area. Once you reach a station, it is only a matter of paying the fee and reaching Yongsan station. If you have to transfer subway lines to take Line 1, look for a station on the map that overlaps with Line 1 to transfer to that line.

You can visit this official website for more information on how to take the subway.

After you reach Yongsan station, get off the subway and exit through “Exit 3”. Yongsan Mall is a very big place and you may get lost easily. Keep walking through Exit 3, and you should enter the section of the mall where a lot of cameras are being sold (FYI, you are on the 3rd floor). You may notice that the storekeepers are trying to talk to you. Unfortunately they aren’t being nice and they are just trying to sell their products.

Anyhow just ignore them and keep walking. Eventually, as you reach the end of the section of the mall you will see an escalator on your left. You can take it to the ninth floor. Or alternatively, you can walk a little bit more to take an elevator; you will see three elevators on your left. They only reach the eighth floor, so you will have to take the escalator to the ninth floor. Congratulations, you have reached the e-Sports stadium! 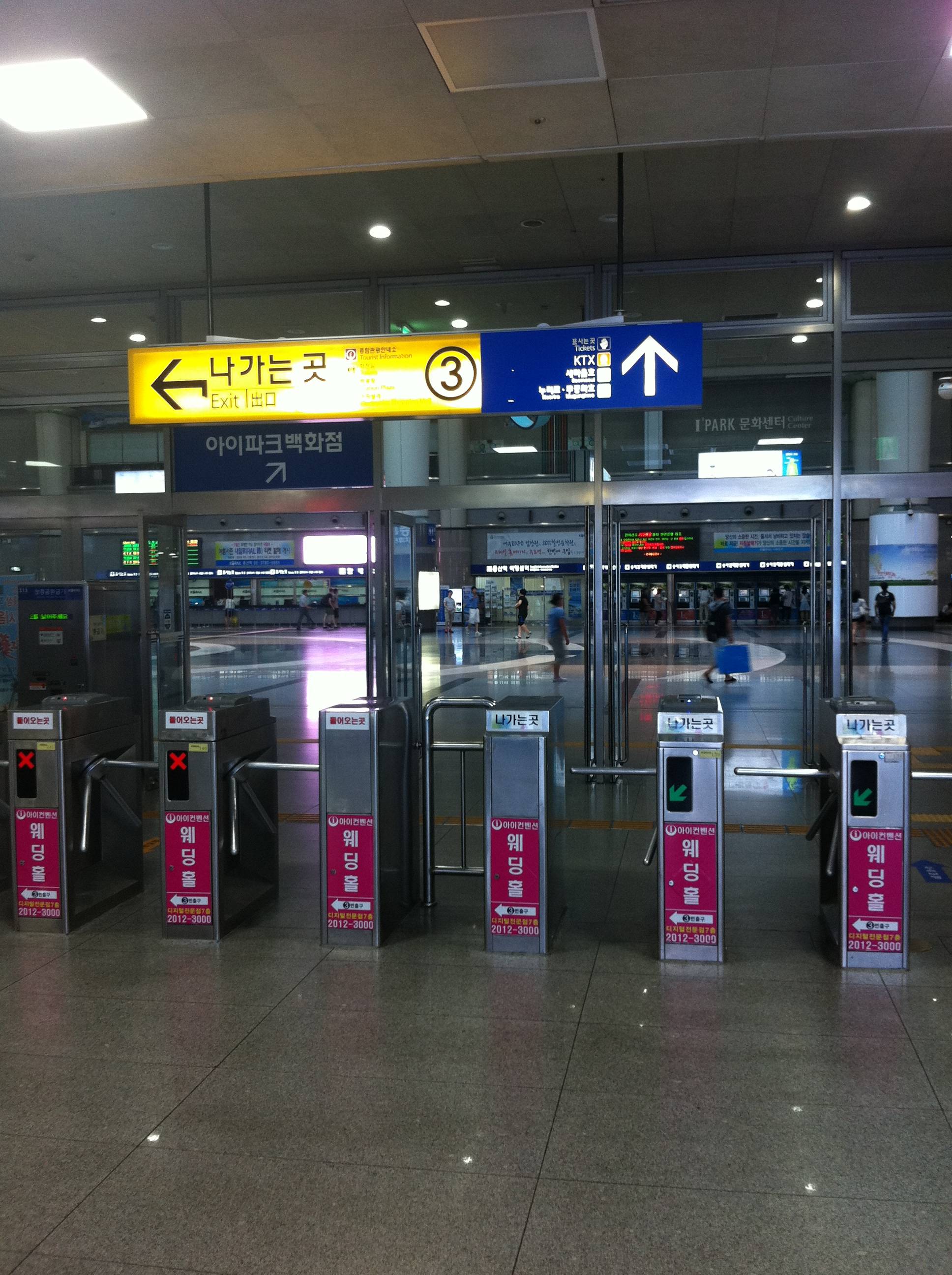 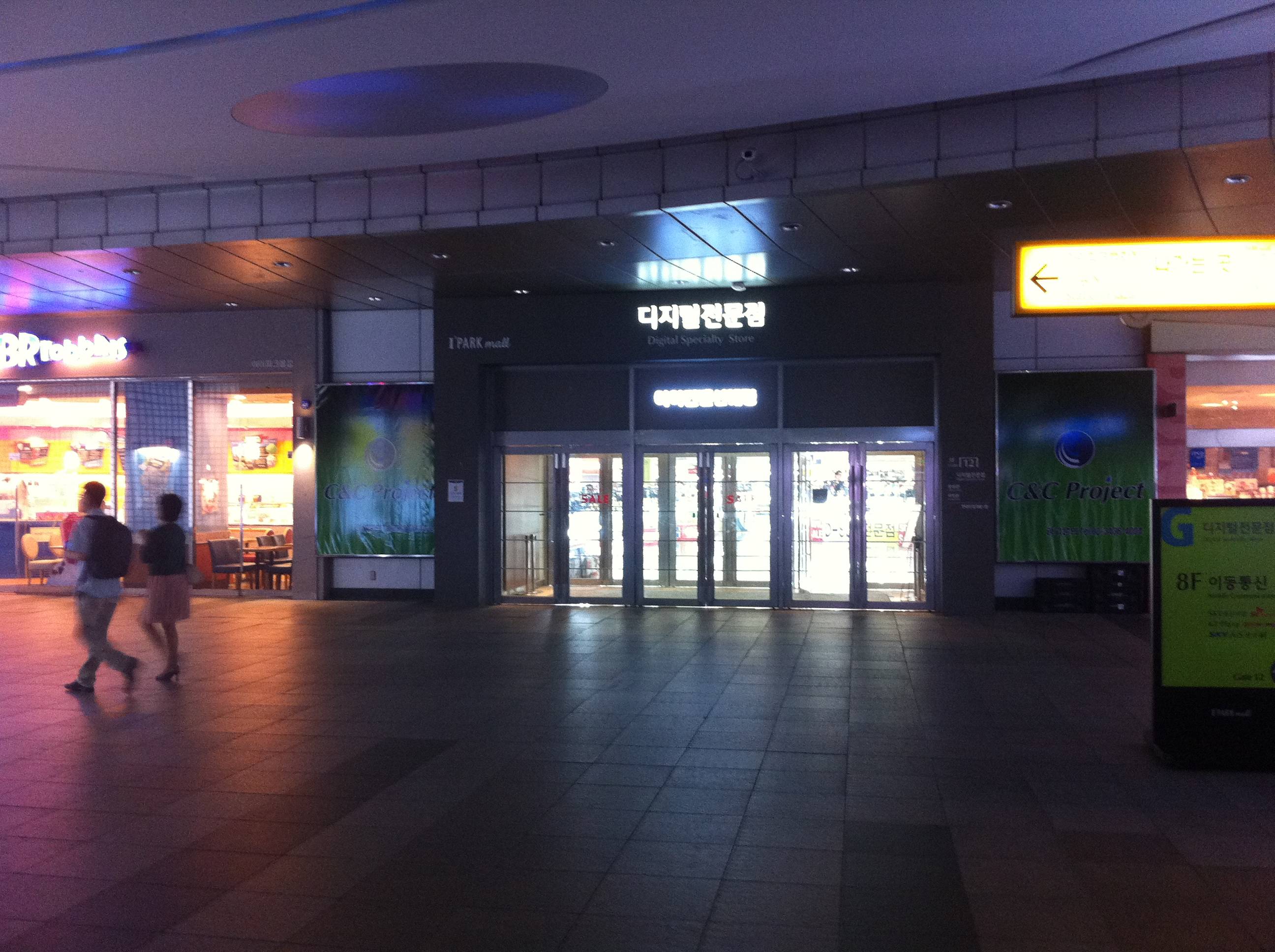 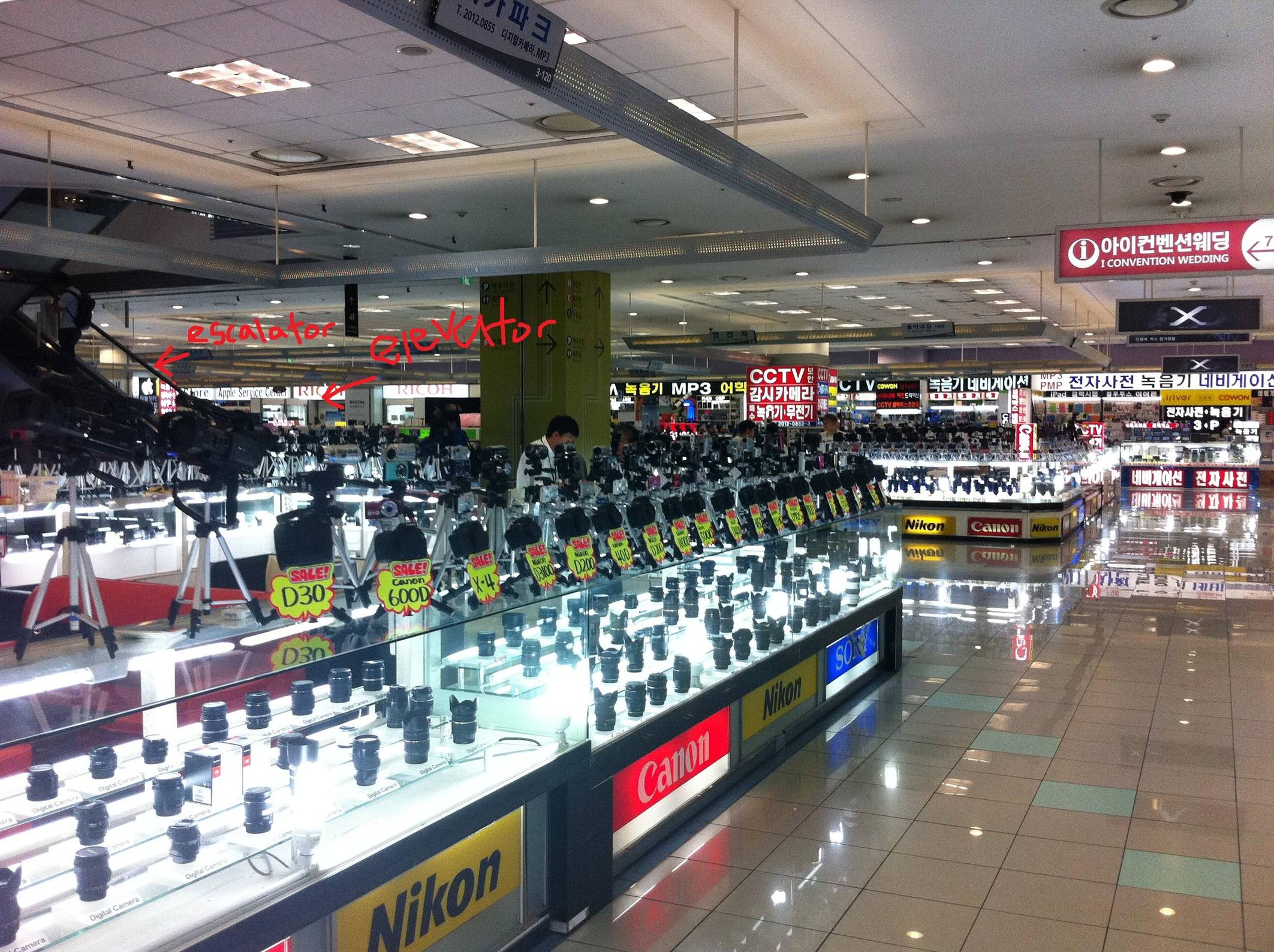 Keep walking, and you will see the escalator and the elevator

What you should know:

As I mentioned before in a previous article, you probably won’t get to see the LoL games if you arrive at 7:30pm KST. You should note these “official” procedures of entry:

1) Ticketing starts at 5pm KST. While you do not have to pay anything to enter the stadium, the seats are provided on a first-come-first-served basis.

3) The line-up starts at around 6:30pm. There should be a number on your “ticket/card”. Go and line up according to your number. There should be posts that indicate in which line you should wait in.

There should be sometime between when you arrive early to pick up your ticket and enter the stadium. You can either hang around the mall or step outside to see if you can talk to any of the pro players. Or, you can get something to eat. There are food courts on the 4th/5th/6th/7th floor, but it is in a different section of the mall. The 7th floor area should be the most accessible to you. Try to familiarize yourself with the area during the downtime as the mall is very big.

How to get to the food court:

1) Take the escalator to the 7th floor. 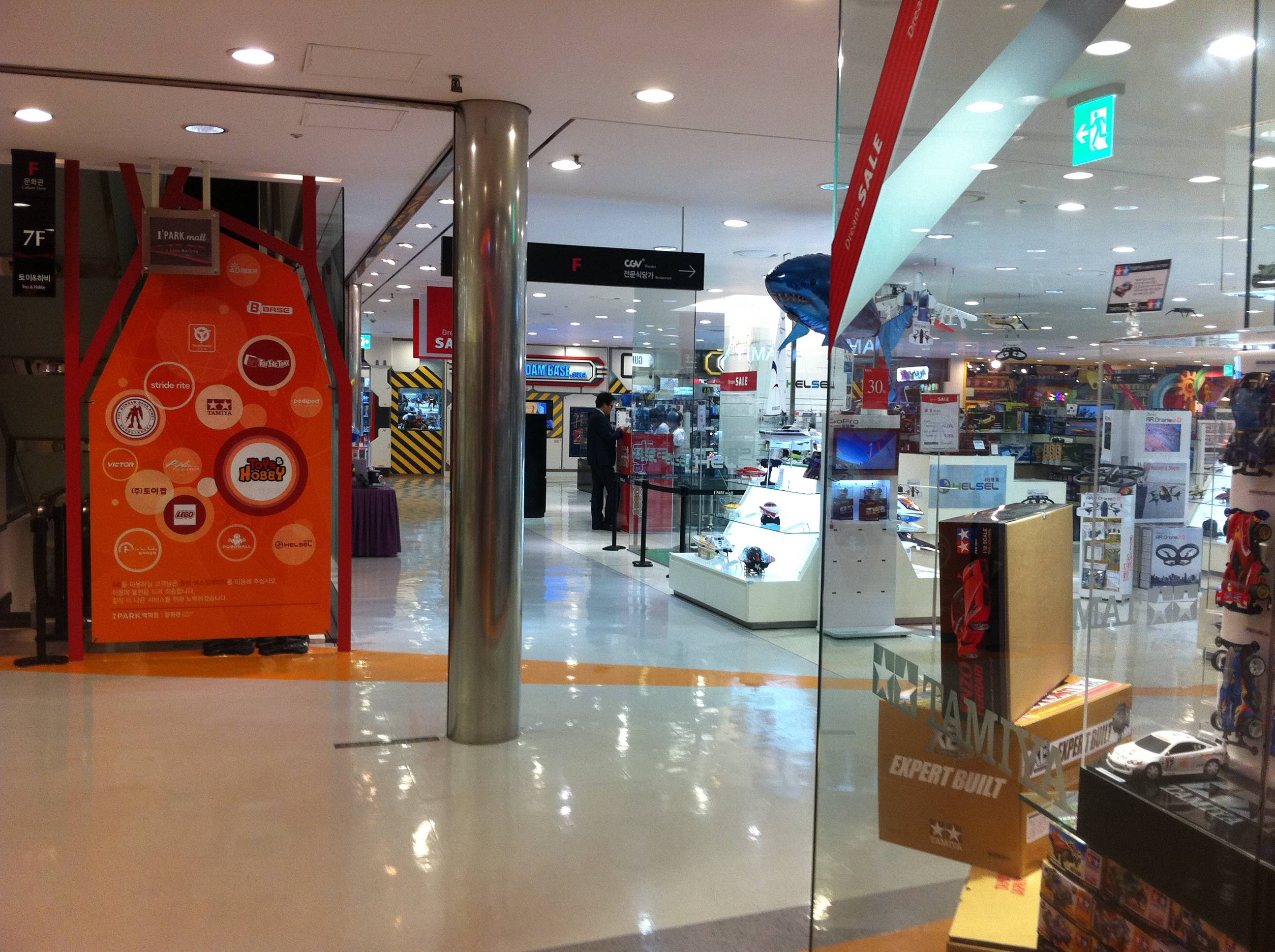 7th floor; walk towards the right for the food court 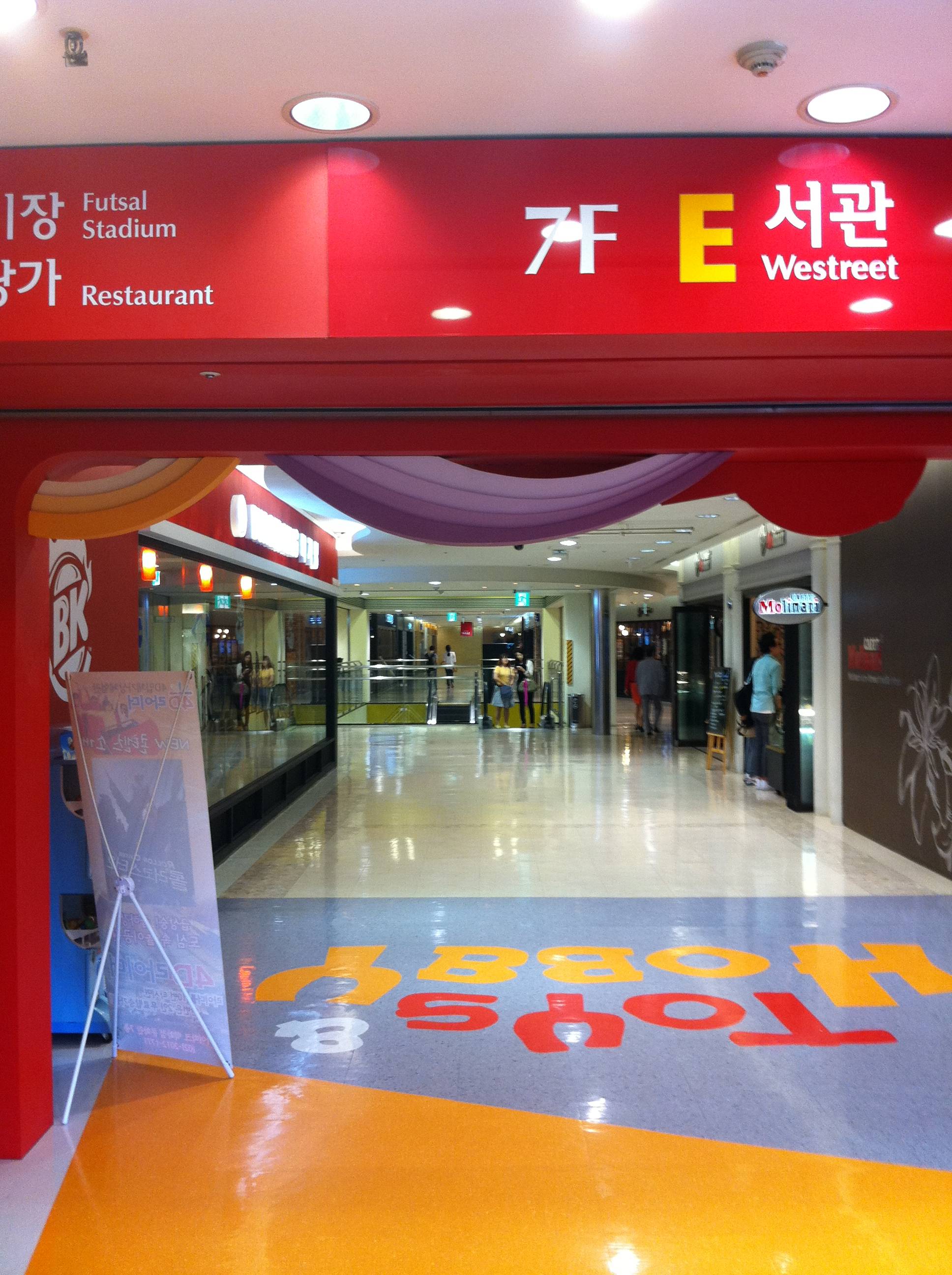 The food court area on the 7th floor... and BURGER KING

You should note that the mall closes at 8pm on Wednesday and 8:30pm on Fridays. After those times, you will not be able to access the escalators. You have to instead take the elevator to the 3rd floor, go to the section of the mall that is across the section where the stadium is, and then take the closest escalator to the food court areas. 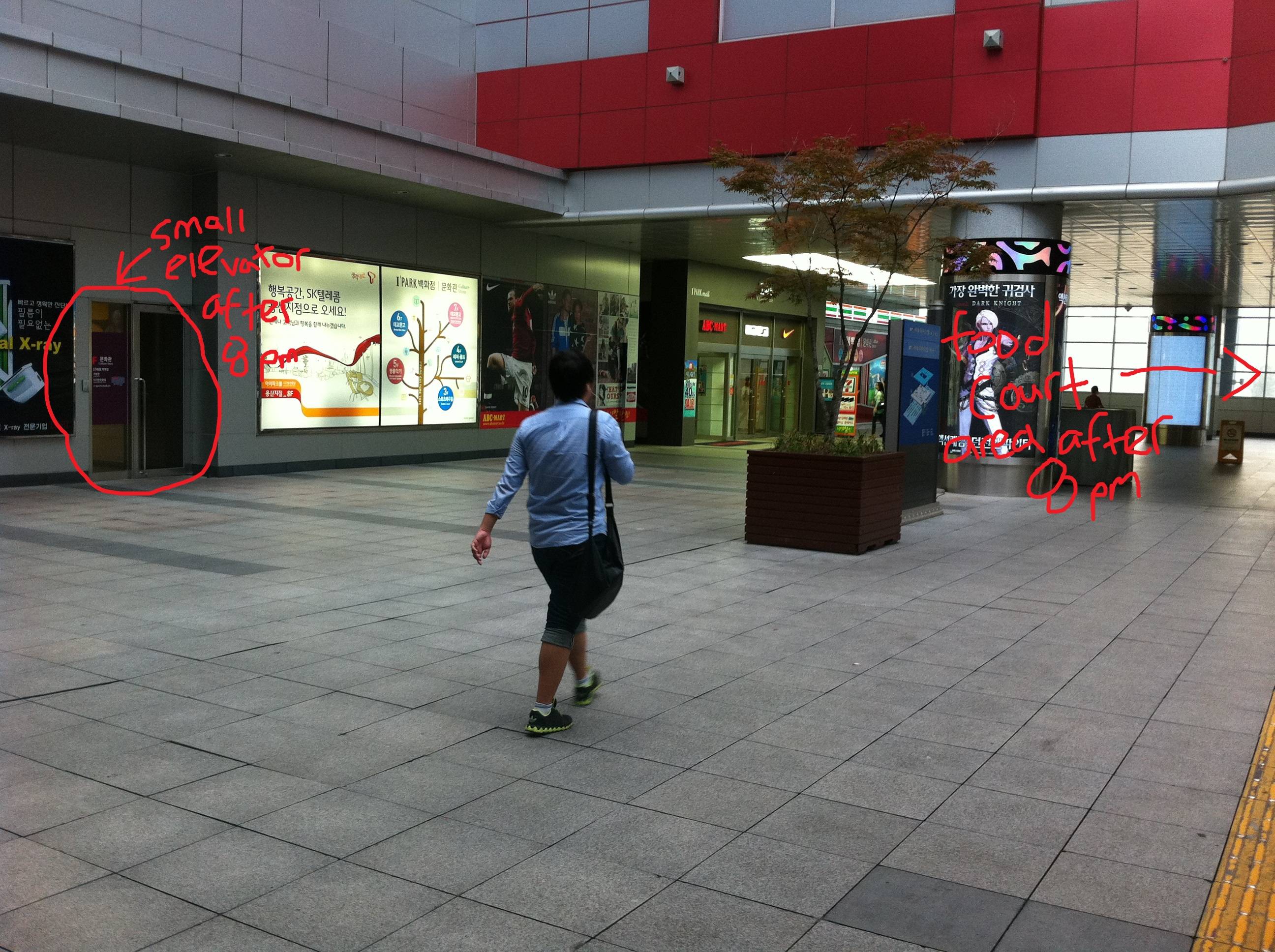 Where you will end up after you take the small elevator to the 3rd floor; where to go for food

After the games end, you can stay for a draw of various prizes, including a free Kitty Cat Katarina skin. There will be someone who announces numbers on your ticket in Korean. If your number gets called, go and show the guy your ticket.

To leave the stadium, just follow the crowd out ASAP. There should be three big elevators that work temporarily around the corner when you step outside. If you stay there for too long, you have to take the small elevator to leave the stadium. 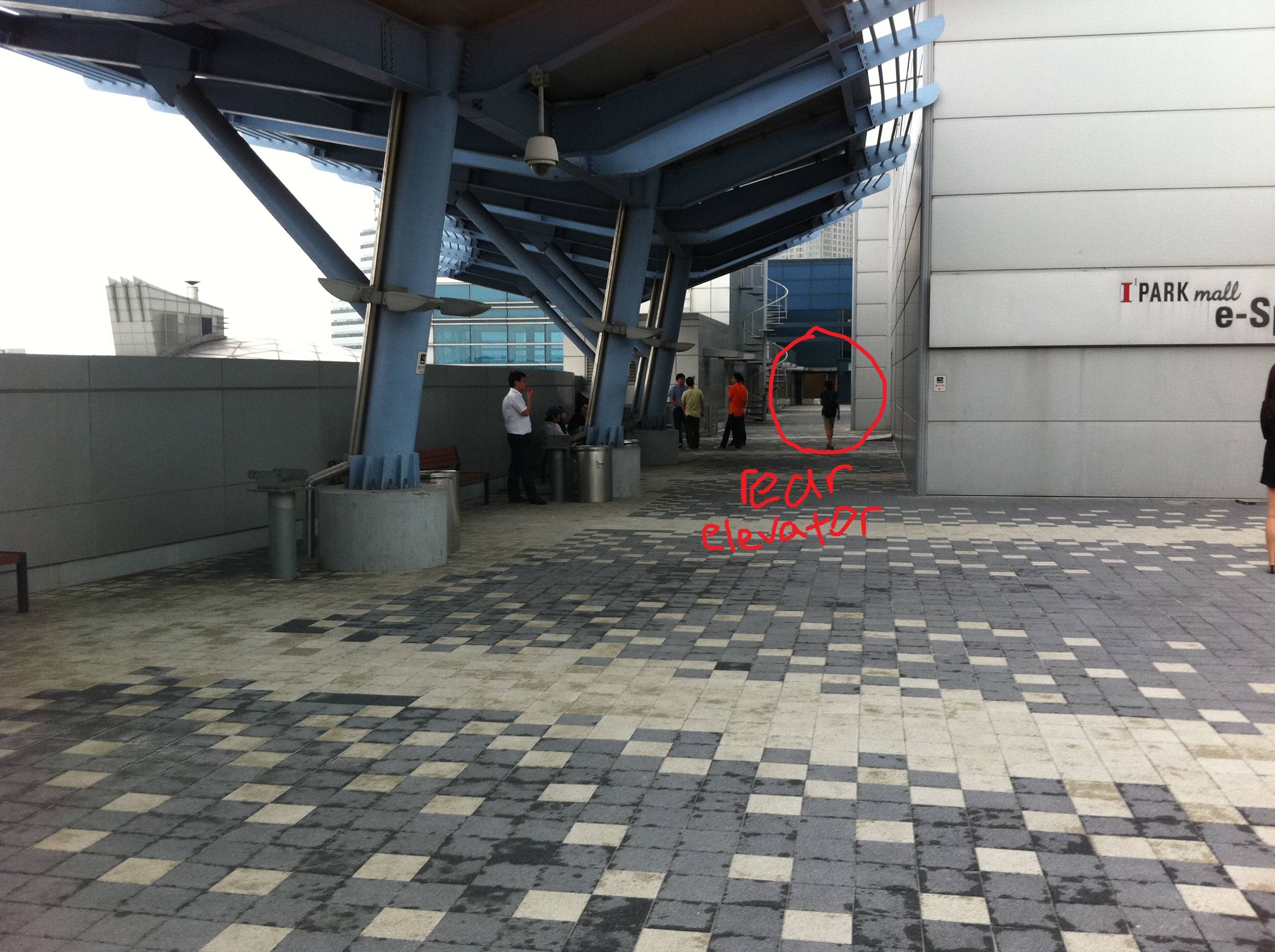 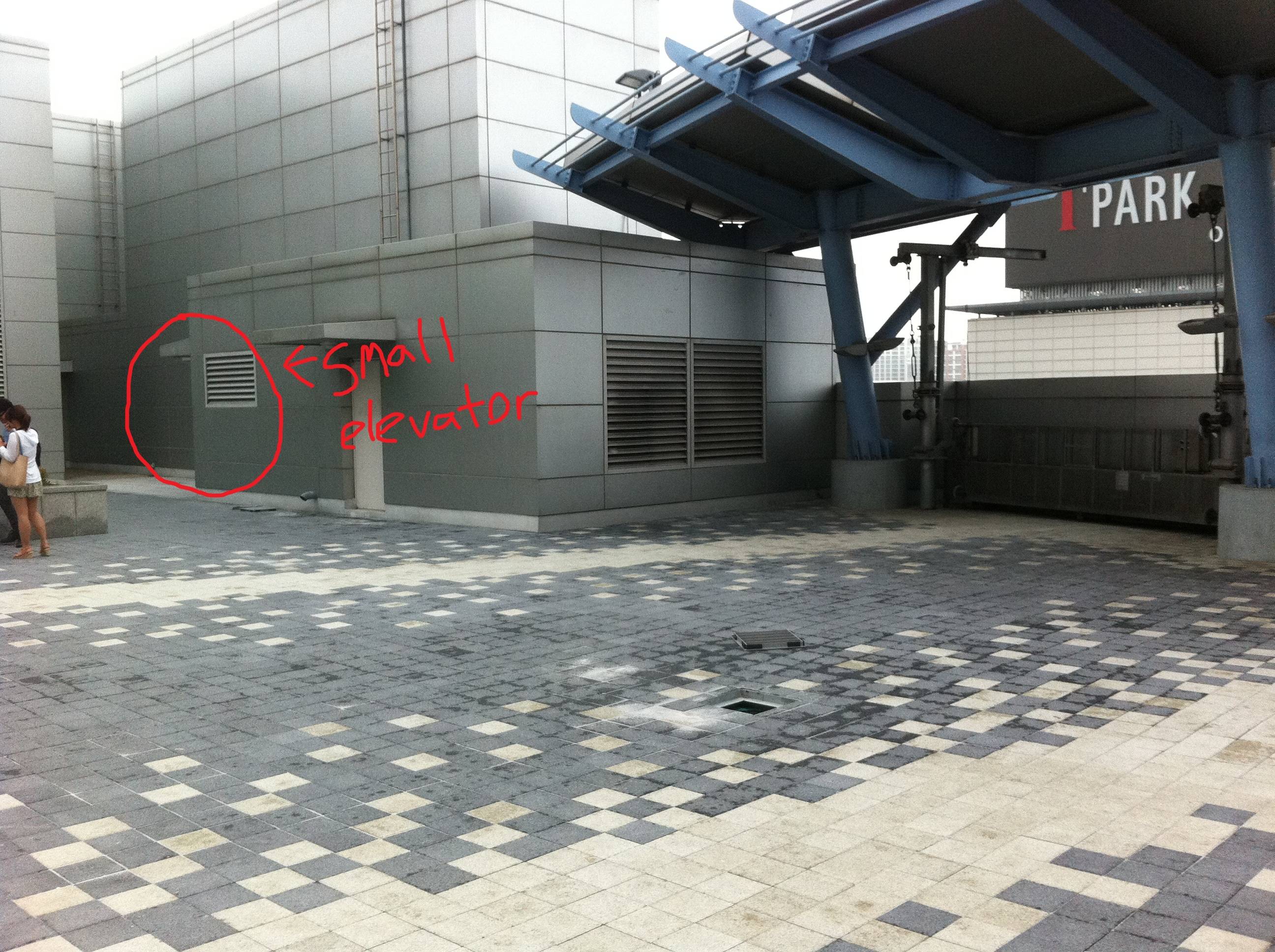 It would suck to get stuck at the back. You should get there early!

This spectacular event will take place at the War Memorial, Peace Plaza in the Yongsan area at 6pm KST on Saturday, September 8th. The entry process is very similar to the Yongsan Stadium events; you get there ahead of time to grab a ticket, and enter the stadium when the event begins.

This might induce sighs of agony: Free ticketing starts at 9am (!!). Seating is going to be random, because apparently the first round of ticket sales for the Finals was sold out in early August (if you are reading this guide you probably didn’t know this :p). Seating starts at 4:30pm, and the first 7000 people who fill the seats (7000 is the capacity) 10 minutes prior to start of the broadcast will receive a free Riot Graves code.

TL;DR : You should get there at 9am to get your free tickets. Seriously.

But not to worry, there are a couple of events that are taking place to help you throughout what will probably be a long day:

1) There will be prize events starting at 9am. They will consist of activities such as shooting balls and firing arrows. You can win prizes such as mousepads, travel bag, money clips (for bills I’m guessing).

2) The CSL cosplay team is going to make an appearance sometime after 12pm KST. You can check out Ekiholic (google if you don’t know who that is).

3) The LoL show “I am [the] Carry”, hosted by Kim Carrier (former SC:BW broadcaster), will be broadcasted live at 12pm KST. The guest will be Kkoma, former Star Tale jungler.

How to get to the War Memorial:

The OGN site doesn’t even tell you how to get there, so I will! The fastest way to get there is to take the subway and get to Samgakji Station Line 4/Line 6. Take Exit 12 to get to the Memorial. The Peace Plaza is within the Memorial Site. There are information booths there so you should be able to find the place with ease.

I hope that this is the most comprehensive guide to the e-Sports venues in Korea on the web :( If you have any questions, attach a comment on Reddit and I’ll answer them!

To wrap up the article, I predict 3-2 for ... Azubu Frost. They will do something unbelievable… hopefully something better than the 3-man Level 1 dragon they showed last season. Finally, as a general rule of thumb regarding Korean restaurants/ street food vendors (in light of I Will Dominate getting food poisioned during his stay in Korea =/): do not get food there UNLESS there are a lot of people there already. The beauty of Korea's ultra-competitive food market drives people to the best sources of food :)