Getting Better in CSGO - An Overview of Cool Maps and Tools for Practice!

Counter-Strike isn't just about aim. There is a great tactical aspect that makes it such a popular game. For top tier players, every single opponent a pro player faces has the same (if not better) aim as the pro, so you have to rely on tactics to outsmart your opponent and you can see that in a player such as Niko. Niko is a great player that uses his great aim along with his knowledge of opponents to predict where opponents are, which makes him the top tier player he is. So, stop only practicing aim and look at the other important aspects of the game every once in a while.

Retake servers, in my opinion, improve not only your in-game knowledge but also practice your aim. If you've never heard of a retake server, they are community servers that start right as the bomb is planted and the terrorists have to hold the bombsite while the CTs retake. The reason why you learn so much from this is these are fast-paced rounds in which you will die a lot from angles you may not have even known existed. So not only will a retake server help with your retakes and situational knowledge, but it will also improve your game sense. Game sense is the one thing in Counter-Strike that can't be easily taught but only achieved by playing the game. The best thing about retake servers is that there is no required number of rounds or a full match you have to play out. Simply hop on whenever you have time or want to practice, grind it out, and then log off.

Going right along with Retake servers, execute servers start right outside a bomb site versus a retake server which starts the moment the bomb goes down. Therefore, execute servers, if you do them with your team, help you practice your executes and entry routes if you are an entry fragger. Also, the key to being great at anything in life is practicing a lot and the same is true for T executes. Practice makes perfect. I attached a nice clip from one of my execute server games of a CT holding down the site, so not only can you practice executing on the site, you also practice being able to read those executes and stop them

There is no better way to learn than an experienced player, and that is true in every sport. Watching pro players stream or their POV from certain tournaments will help you improve a lot as you can see what is going through their head in any given situation. Some streamers, such as n0thing, occasionally voice their thought process, which is a great way to learn the topic of what to think about when something happens in the game. Also, if you are watching a tournament, you may be able to pick up on strategies that you might not have thought of yourself.

For example, I realized after watching an Astralis game that on the CT side, if I take Banana, I can leave the AWP there to solo hold and then go watch Arches to relieve tension off of the A site players but still easily run over to B site to back up the AWPer if necessary. Ideas like that I most likely would have never thought about by myself and that's what's so great about watching pro players. Think of the pro players as a dictionary and you are trying to figure out the spelling of a certain word. What's better, looking in the dictionary or trying to figure it out on your own. Pro players are a huge resource to increase your own in-game skills and I highly recommend you take advantage of them.

Crosshair placement, by definition, is where you put your crosshair on your screen and is extremely important in winning aim duels. You want to keep your crosshair at head level so that if your opponent were to pop up right in front of you, you could headshot them instantly. However, due to different elevations on maps, it may be hard to figure out. There are several ways to study crosshair placement but my favorite is by just sitting back and watching some pro player POV videos on Youtube. If you look down at the video at around two minutes and eighteen seconds, you can see electronic's crosshair placement and for this specific channel, it gives you a zoomed-in view of where the player's crosshair is at all times, which you can study and then apply to your games. Who knows, your crosshair placement may just determine the outcome of your next 1v1.

While most players may say pistols are unimportant to the game, they are actually one of the most important weapons in the game. Pistols, in my opinion, represent a player's true raw accuracy and skill, as you don't have that fully automatic rifle that can easily spray down opponents. You only have a small pistol which almost requires headshots most of the time, as it is nearly impossible to win a pistol fight by only going for body shots. Along with that, while using a pistol you have to be more mindful then with a rifle. If you are a CT holding a site, you only have 12 shots in a mag and have to use every single one of those shots to win the pistol round for your team. Honestly, pistol rounds are the rounds that determine the mindset of all the players and give the team that wins them that starting advantage that they need to get the upper hand on their opponents so go check out a few pistol only servers to help improve your aim and practice being as accurate as possible with your shots.

Watching Your Own Demos

Going and back and watching your demos is a great way to see what exactly worked and what didn't as you can see all players POV's and how exactly you died or where something went wrong. For example, if you died from behind, you could see that your teammates weren't watching the flank and you can make sure that doesn't happen again. Watching demo's with friends is even better than watching them by yourself. First of all, you might not want to critique yourself, but your friend will be happy to point out exactly what went wrong with your gameplay.

What crosshair you have may seem like just a visual aspect, but the specific crosshair you have might help you do better in-game. To create a crosshair, simply go into CSGO settings and configure yours to whatever you like. However, I like using this Community Workshop map as it has all the current pro players crosshair and it makes it much easier to change certain aspects of the crosshair the test it out at the same time. Also, if you have found that you are in a slump and losing a lot of matches, changing your crosshair might be the perfect thing to help you out. For me, after I use the same crosshair too much, I don't focus on my crosshair as much so my shots aren't lined up with the place I should be shooting at and so changing my crosshair forces me to pay closer attention to where I am shooting. A crosshair might only be a visual part of gameplay but you will find that it has a huge mental effect while playing. 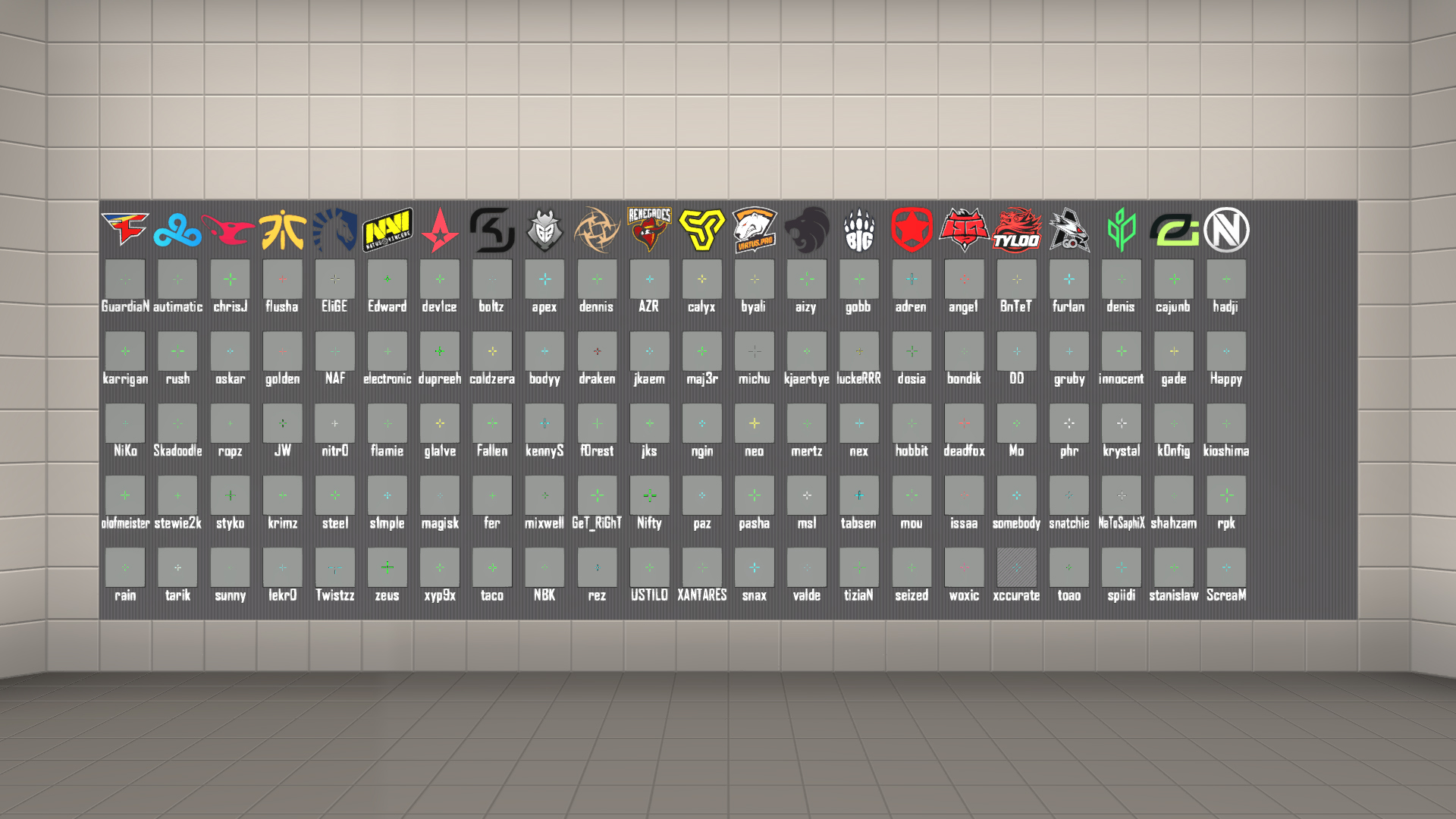 When you first start playing the game, utility seems pointless as you see it as something that gets in the way of you running around and trying to kill everyone. However, as you start to play with a team and improve, you must learn some smokes. Even if you start a solo queue Face-It match, you need to know some utility to be able to reduce the number of positions your enemy can be in, making it easier for you to successfully win the round. To help learn utility lineups, go to Steam workshop and lookup "Yprac" and then the name of the specific map. This will give you Molotov, smoke, grenade, and flashbang lineups and make it very easy for you to learn and practice them.

In summary, there are many things that you can do or practice to improve your ability to frag in-game. You could be playing against the best aimer in the world who's never played Counter-Strike and if you practiced most if not all of these, you're guaranteed to out-brain your opponent. If you think I missed anything or have any questions, DM me on discord Zyn#4451. Good luck!