With the release of Team Dignitas's new LOL roster, we wanted to get our new coach, Ram "Brokenshard" Djemal, down for a chat. Well known for his success in bringing the old EU Team Dignitas team into the LCS and being a pro-player himself through named teams such as Gamers2 and Complexity Gaming. With his rising success as a coach, Team Dignitas recruited him for the NA team's new roster. Robert "Roscoe" Wery spent some time with him discussing his thoughts on the current state of the game, his choices for the new roster and his ambitions for the team.

Hey guys, Roscoe here with the one and only Brokenshard, how you doing?

Without a doubt, especially the AD carry changes?

Brokenshard: Oh my God yeah. When Graves is a good jungler, you know something’s wrong.

Do you think that Graves will legitimately become a jungle pick?

Brokenshard: He’s just so good in the jungle it’s actually ridiculous. You clear really quickly and your damage is ridiculously high.

Is there anything of the bat that you think will get nerfed?

Brokenshard: Basically, that mastery “Bond of Stone” is going to get nerfed pretty hard in my opinion, it's pretty op. I think that warrior gives 60 AD so any AD champion is now ridiculously strong. There are so many good AD options now, it’s pretty stupid.

What will your role be as a coach within the team? As so many teams right now are going through big transitions such as sales or big roster changes, how are you going to make Team Dignitas a leading force in NA?

Brokenshard: I think one of the biggest responsibilities of a head coach is to utilize their support staff properly. So I’ve got Razleplasm and Innerflame coming. Raz will be specifically working in game while Innerflame is going to be working outside of game. So I have to be able to utilize both of these assets properly to make practice as efficient as possible. Of course I will have a big influence on strategy and stuff in game wise because I have the game knowledge to do that. At the same time I feel like it’s my job to be the organiser of everything and put the pieces in place. Be the Overseer if that makes sense.

Specifically, you will tell them to start doing this or that around this point of the game such as to focus more on dragons etc.

Brokenshard: Yeah, yeah. Basically be the voice of authority.

In trying to make Team Dignitas a top tier NA team, what’s have you learnt while working with the EU squad that you could bring into the NA team?

Brokenshard: That EU challenger talent is super under-rated. Basically, we’ve picked up two players from EU challenger squads. SmittyJ from Gamers2, who did make LCS, and we also got Kirei from Denial who was basically the strongest jungler in the Challenger series by a long shot. These players have immense potential to become insanely strong and I feel like we have a very good well-rounded group of veterans on the team. We have Shiphtur, Apollo and KiwiKid who are all solid in their own role and by bringing these two newcomers, they will perform well in the LCS.

One thing I also learnt when with the EU squad is that it’s really important to divide roles. Because I was both Head-Coach and Team Manager for the EU Team, it caused a lot problems in both departments where I wasn’t doing 100% in either job. What’s really good now is that I get to focus on just being the head coach, rather than having to do multiple jobs.

Especially when you have previous experience with Razleplasm?

Brokenshard: Yeah, Raz was the analyst for the EU team. Working with him, I already knew that I wanted to bring him to the NA team. 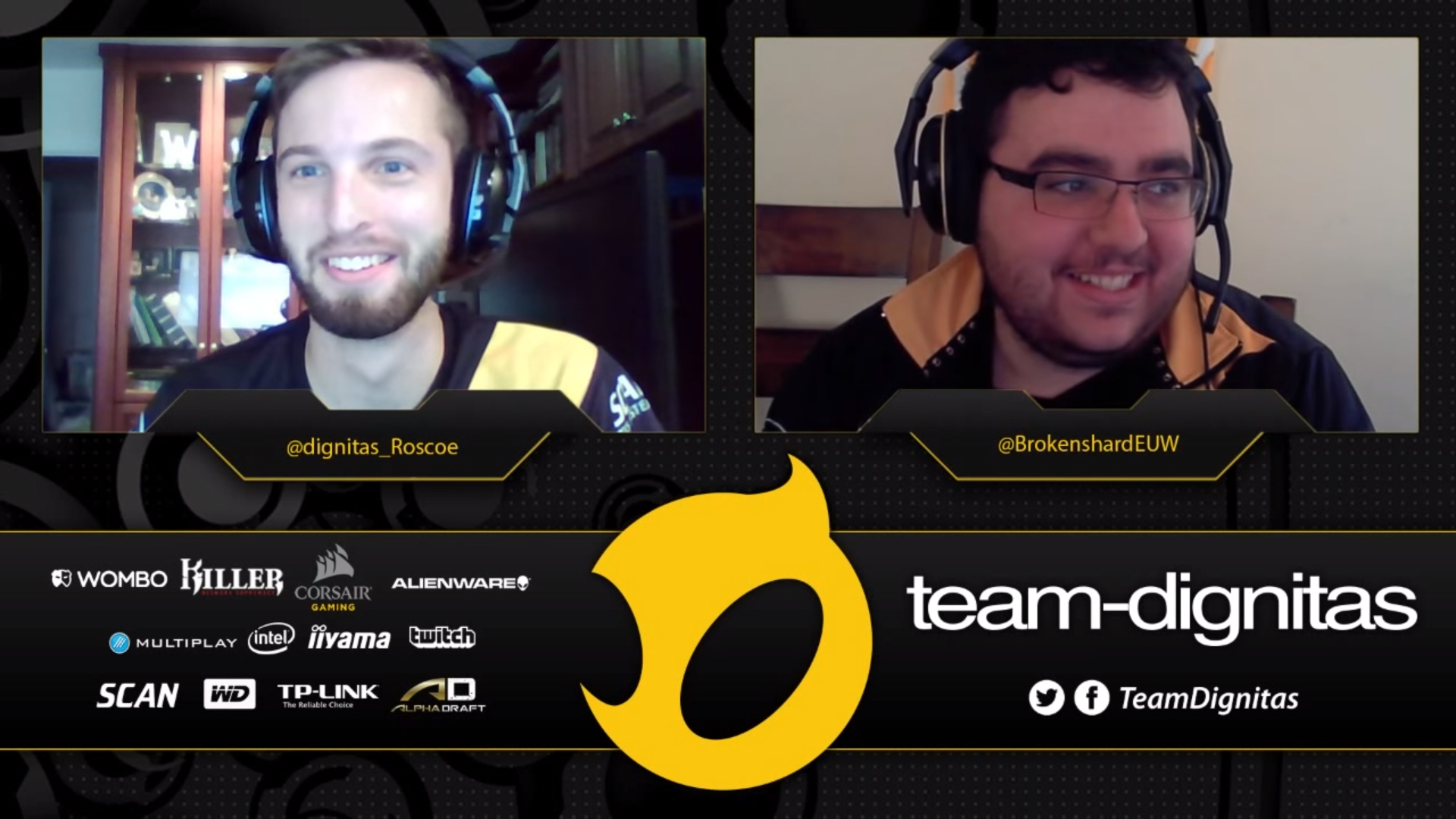 As a coach, do you think that coaches are given enough power or respect in terms of the Western scenes?

Brokenshard: It’s different, in Korea they respect their elders and it’s driven into their culture. So when a coach is an older figure, experienced figure, they tend to respect that off the bat and that derives from the Korean culture. In the West it’s not the exact same form of respect but I feel like it won’t be difficult with this team. They understand why we’re all here and why I’m here. So already I understand that these players trust the decisions that we’ve made moving forward and there happy with it I hope. Pretty sure their happy with it.

Would you prefer to coach a player that has a lot of natural talent for example, Bjergsen and Faker?

Brokenshard: You need both in a team to be successful. You need a player that has a lot of natural talent but needs direction and then you needs players who already have the direction but they might be lacking in some certain areas mechanically. You need both to make a well-rounded team.

I feel like that’s what we’re getting with Kirei and SmittyJ. Very talented players who just need the experience and direction in game. It’s actually really weird with Kirei that he already seems to have learnt that himself. He’s never had a professional coach before but he seems to have more knowledge than players who have been coached for almost 2 years, which is very interesting. Game flow, game understanding, all these things that generally players learn by being in a top team, he’s learnt from just being in challenger teams. Could be that it’s the very basic talent, very basic knowledge, but we’re looking to push that further.

When trying these new guys like Kirei, SmittyJ and Apollo, what did you see in their play that made you want them?

Brokenshard: Basically when constructing the team, I wanted to make a realistic team that had obvious strengths but also had weaknesses. So that it would be easier to work on these weaknesses. So, I saw that the playstyles of each and every single one of the players would actually fit really really well together. I started building, with the players, an identity for the team before we even got into big team practices. An idea of how we will want to play the map, how we want to play lane allocations etc.

When you say work well together, do you mean in/out game?

How do you expect that with yourself, Innerflame and Razleplasm, how do you think the relationship will work? So for example scrims, will Innerflame be setting up the scrims?

I’ve seen a couple of scrims, you play a few of them and then gather around a monitor to break it down. How will that work with Razleplasm?

Brokenshard: Raz and I will discuss through the games things that we see and then after the game we’ll talk about the different things that we’ll allocate. For example, I’ll maybe have Raz talk about warding or communication while I’ll talk about rotations and objective control.

Brokenshard: Yeah, the one going on stage is me as it can be only one person going on stage. Deciding the pick ban, that’s going to be collaborative. That’s not only just going to be me and Raz, it will also be the team being involved in that.

In your eyes, what’s going to be key to winning NA? Not necessarily as a team but on a macro level through the LCS?

Brokenshard: Playing as a team and understanding the new patch, the new game as quickly as possible. Figuring out what’s the best way to play the game and I think that we can do that. Pre-season is nuts, this game is nuts right now.

You got any last words or shout outs as we close up the interview?

Brokenshard: Would like to thank all the fans for the support and these might not be the big names that you were expecting, but we’ve put a lot of thought into these roster moves and hopefully you’ll guys will see what we are talking about when we say that we’ve made the right choices.