Interview with dignitas Sencux: "If Febiven can go from Challenger to the best, why can’t I?"

Touted as the best mid challenger in EU, Chres ‘Sencux’ Laursen has his eyes set on the Summer Coke League Challenger Series. Part of a team totally outfitted with support staff and a healthy lineup, their prospects are looking good, especially now that he’s nearly LCS eligible.

We’re between splits, a little of a month before the next split. Last time Bobby talked to you about the meta and picks, but since then what’s been going on? You guys have been playing in a couple different smaller Leagues?

Sencux: Yeah, we’ve been playing this weekly tournament, League One it’s called. It’s every single week and we got second in the first one when we only had two days of practice, so it was actually alright for us. And then we had this Danish tournament called League of Sharks, which we won. Then we played SCAN Invitational I think it was, with a sub and we won that as well in a very close final. It was a guy called Candyfloss because Obvious was in Germany.

The League One is, you said it’s a weekly, but is it a start to finish weekly every time? 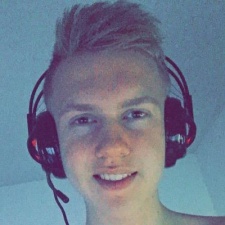 And are they best of threes or best of fives?

Sencux: Best of threes, all of them.

So a lot of good experience. You guys have also been scrimming as well, right?

Sencux: Yeah we’ve been scrimming whenever we can, just practicing for the next split.

The last couple interviews with Froskurinn and Obvious, they both mentioned that between splits it’s hard to tell with the Challenger teams who’s going to be around and who’s going to be on the team. Some will disband and some will stick together and you can’t tell until right before the actual split starts, who do you guys usually scrim against?

Who’ve you played, just a couple examples of teams from the LCS?

Sencux: We’ve played Elements, and no we never actually got to play Roccat, and we played Gambit some time ago and Giants. We mostly haven’t had that much time to scrim them.

How does it go against them?

Sencux: No, we actually do pretty well, but we’re still learning a lot with our two new players, one jungler and a support, this full Danish lineup. It’s going really well and we’re learning from every team practice.

Earlier you mentioned that when you guys scrim it’s like seven hours a day?

Sencux: Yeah and then we have seven hours but one hour of break. So from 3 until 6, then 7 until 10.

Could you walk me through a scrim? What do you guys usually do?

Sencux: Usually we’ll get on Teamspeak, whenever the time hits three, maybe a bit before. Basically talk, troll a bit, have fun. Then when we get into the game we’re serious even though the team dynamic is really good. I’ve never been on a team where it’s like five friends, we can all have fun together. And then we hold the break, some stay and play solo queue if they don’t have food yet or they already ate. Some go out to eat and they come back. Then we scrim again from 7 until 10, then some stay and play some more solo queue. Basically then League until they go to bed.

Are Brokenshard and Froskurinn there the whole time with you guys, watching you and helping out?

Sencux: Sometimes Frosk isn’t here but she’s there mostly because she lives in the U.S. so it’s a bit harder for her with the time zones. Broken is almost there all the time unless he has to do something.

A little bit ago you mentioned the two newer players Obvious and Nisbeth, the jungler and support. What are your opinions of them?

Sencux: Nisbeth is a really good friend of mine and I always wanted to play on a team with him so I’m actually really happy to get him on the team. I think he’s really good, he played for MeetYourMakers in the last split for a bit, but he really never got to show his potential. He always got forced to play Leona and now everything thinks he’s a Leona-only player, but he never played that champion ever. Like before when I used to duo queue a lot with him. I just want to show whoever that he’s actually really good.

Then we’ve got Obvious who’s the new jungler. I played with him in a team where we scrimmed for two weeks but then we couldn’t buy him out of the n!faculty contract so he went to Gamers2 and played there a bit. I’ve duo queued a bit with him in the night when it was only us two on. He’s a really friendly guy and I really like playing with him, I think he’s really good.

When I talked to him a while ago he spoke really highly of you. He said you’re probably the best mid Challenger in EU right now.

You’ve been playing for about four years now and a little more than a year of actual competitive play. You’re 16, and coming up you’ll be 17 and eligible for the LCS right? Because this is finally your chance to get in do you think things are different now or is it the same?

Sencux: Hmm, I’m not sure. It’s different in the way that I’m pressured now to actually perform because I really want to get in this time. If I don’t get them I’m not sure what I’m going to do, if I’m just going to go back to school because I’m dropped out of school now. Of course I’ve always tried to be the best and my goal for the first split was to be the best mid laner in Coke League and I feel like I did a pretty good job at it. Maybe not the best but I can still improve and I’m always looking to improve. 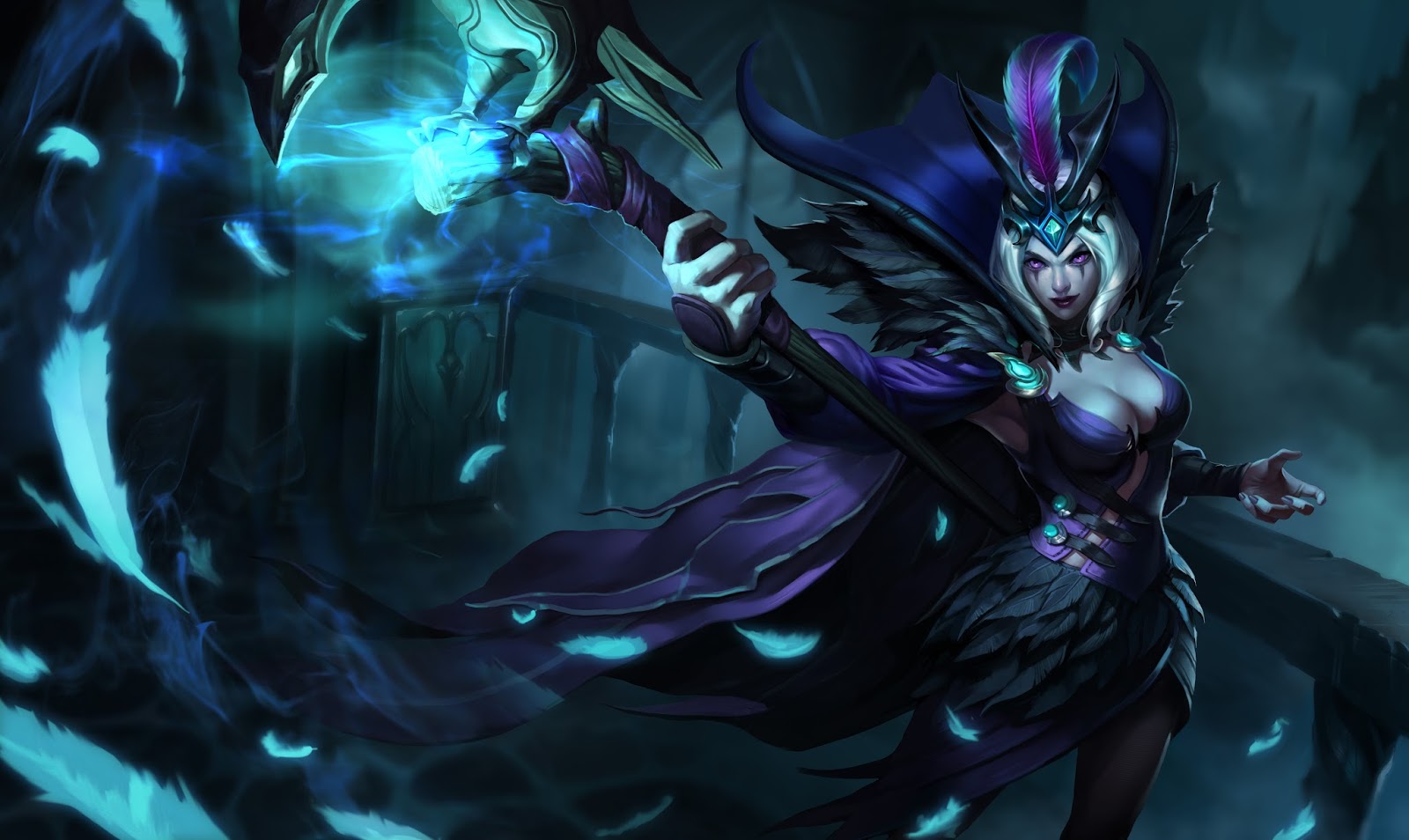 Do you have anything else that you need to balance with this large part of your gaming life?

Sencux: Not really, not right now. I take time with my friends sometimes but I don’t have as much time anymore when we scrim so much. If someone or the team needs the day off to go out on Friday or whatever and go to the club, they can just say it and we will get no scrims.

If you could imagine an arc of your career, where on your career arc do you think you’re at right now?

Sencux: I’m still going up. Last year when I started Coke League was like the beginning or the bottom, that was the practice. I remember when I used to scrim I scrimmed against all the good players like Febiven and Nukeduck who were in the Coke League at the time so I got a lot of good practice. I used to die to them all the time, not as much in tournaments but in scrims. I used to die 1v1 a lot of times, to practice stuff and I could see I wasn’t as good as these guys, but I wanted to be so I really got motivated from that.

Then I kind of chilled a bit for like half a year, I didn’t play as seriously, we had this Danish team. Then when I got into Dignitas with all my new teammates I really wanted to be the best and shit. I just started practicing really hard, to try to do my best, and I’m still trying to do whatever I can do improve, still going uphill.

So your mindset back then was a lot more experimental, less pressure, just going up against these guys to learn something?

Sencux: Yeah in a way. My mindset has always been, in scrims, I don’t take anything from scrims or solo queue, I don’t really care that much. The thing where you need to perform in tournaments, that’s where I care about it. So if a player performs in solo queue, I don’t take much from it. Like, I can see that guy’s talented but he needs to be proven in tournaments and stuff. So I still do that, sometimes like, experiment things in scrims or solo queue.

Speaking of tournaments and important events, we’ve got MSI coming up, who’re you looking out for?

Sencux: I’m actually curious about how TSM is going to do. I’m not sure but I don’t believe that much in Fnatic. I’m going to pick sides in Febiven against Korean and Chinese mid laners, also looking up to see him versus Bjergsen, how he can do. Maybe Fnatic can surpise and do well, but I still think TSM might be the best team in the West right now.

I saw something online that Faker was looking forward to playing against Bjergsen because he hadn’t had a chance yet.

Sencux: It’s going to be fun to watch, I’m excited for it.

Do you think you’ll ever be ready to go up against someone like Faker, Bjergsen or Febiven?

Unless you have anything else you want to mention, any shoutouts, that should be it.

Sencux: Thanks to our sponsors, especially Alienware for the laptop I got and thanks to Team Dignitas.

Thanks for the interview, and thanks for reading/watching!