Interview with dignitas/Obvious: "I like to adjust myself to whatever my team needs"

Let’s take the beginning part of the interview for people who don’t follow the challenger scene that well. For your history, you’ve played on teams like n!faculty, and you’ve also subbed for SK, could you talk a bit about your history, trying to get into the LCS and how that brought you to here?

Obvious: I was jumping around in a lot of low tier challenger teams until I joined the team that ended up becoming n!faculty. I was with them for a long, long time which was Pronbear, me, Sigu, Sedrion and MounTain, which is the old n!faculty. We were together for about nine or ten months and I grew as a player a lot during that phase, but I ended up deciding that wasn’t the team for me. The Expansion Tournament was coming up, Sigu didn’t want to play anymore, so we got SozPurefect and then we got Xaxus for top lane because we decided to replace Pronbear.

Unfortunately, even though he was a good friend, we decided that we would have better chances with another top laner. Then we went into the Expansion Tournament and we qualified for the offline event. After that, at the offline event, it didn’t go very well, we went 0-6, getting 0-3’d in both of the best of fives, so that wasn’t the best experience, but I still had fun and I don’t regret it. After that I told my team I was going to look for something else.

How would you characterize your playstyle or your favorite champions? How do you play?

Obvious: I like to adjust myself to whatever my team needs. On the current team we have Wunderwear, Sencux and Kobbe who are all really good carries, like they can all carry the game if I get them ahead. At the moment I’m trying to adjust myself to more of a supporty role where I put the wards down that they need and come and gank when they need me to. I’d say on n!faculty I played more of a carry role, so I’d have to adjust, but that’s not something I really care about, I do what the team needs.

You were saying it’s been only a week since you guys have been playing together and you’ve already been able to sort of mold yourself to what the team needs?

Obvious: Yeah. I mean there’s a long way to go, we had some different opinions on how the game should be played, and we still do. I’m also the shotcaller, so it’ll take a while, but there’s definitely improvement already and it’s nice to see.

What kind of relationship do you have with the other players? Have you guys already played together or been friends before?

Obvious: For a short while I was on a team with Sencux, so I know him, and he’s really, really good, like the best mid in challenger for sure. We’re all Danish, so we get along really easily. It’s cool, it’s really nice. And then we have Brokenshard and Froskurinn chipping in as well, they’re also really cool.

How does having the support staff help you guys?

Obvious: It’s really awesome. When you’re just five players it’s way harder to find out why you're losing games, but if you can get out of a game and have a coach and an analyst telling you exactly what you did wrong and how you can do better next time, it’s really easy for us to improve. 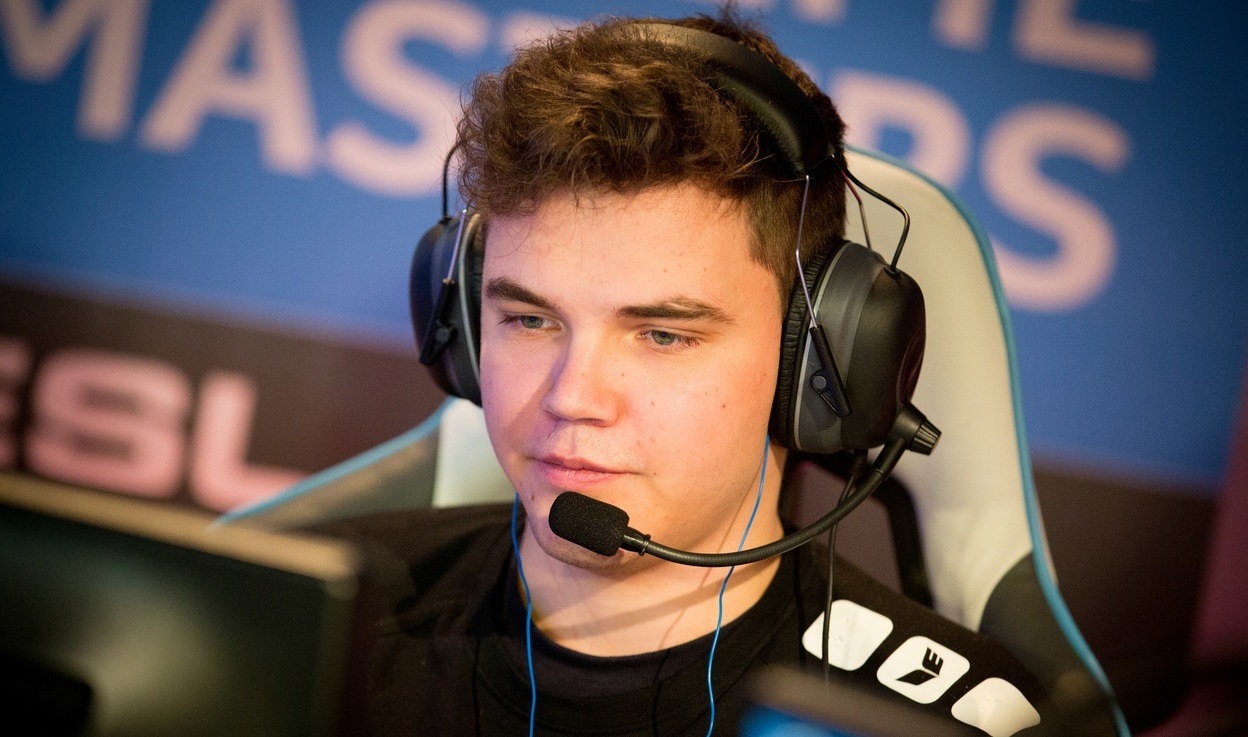 And how did you come to join Team Dignitas? Was it that someone approached us or we approached you?

Obvious: I was approached to join Team Dignitas and, while I had other offers, I thought the full Danish lineup, looking at the support staff of Brokenshard and Froskurinn and then also Team Dignitas which is an awesome organization, there wasn’t much to say no to.

If you’re able to look forward towards the Challenger Series in the end of May, could you put yourself on a scale with the other teams?

Obvious: It’s really hard to say right now because I don’t know what the rosters for the other teams are going to be. I think the only one that’s really secure is Reason, they’re probably going to stick together. Other than that I don’t really know what’s happening. If we look at the rosters right now I’d probably put us in the top two or top three, but I don’t want to be cocky. My hopes are that we do well and that’s what I believe, but we’ll see when the time comes.

Up until then you guys have been doing the League One championship, and you’re in the semifinals now. Are any of the challenger teams in there?

Obvious: There’s Mouse, with their new lineup. The ones who beat us last time, Code, are also in there. They’re pretty good I would say, we’d only had one day of practice before facing them. Our assault against them, while it was annoying for us at least, I think we can do better next time when we face them next.

Hopefully you guys can ramp up enough experience to charge right through the challenger series. That should be about it, do you have any shoutouts?

Obvious: Sure, shoutout to Team Dignitas and their sponsors, Twitch, Corsair, Intel, Western Digital, iiyama, Alienware, SCAN and Multiplay. Then there’s thanks to everyone who got me to where I am now and I hope I can prove to everyone who believes in me that I can get into the LCS.

Thanks for the interview and thanks for watching/reading guys!