Lord of Sword: A Guide to Cloud in Super Smash Bros Ultimate

Cloud is a quick sword character with powerful specials. Because he has above average run speed and airspeed alongside a disjoint in his sword, he can control a lot of space. His specials, like the rest of his kit, have a good combination of range and safety. He has a powerful advantage state because of the aforementioned reach at the cost of an exploitable recovery and a relatively telegraphed neutral. Cloud’s main weakness stems from the relative high startup of much of his kit and his reliance on his few safe tools in neutral like bair. 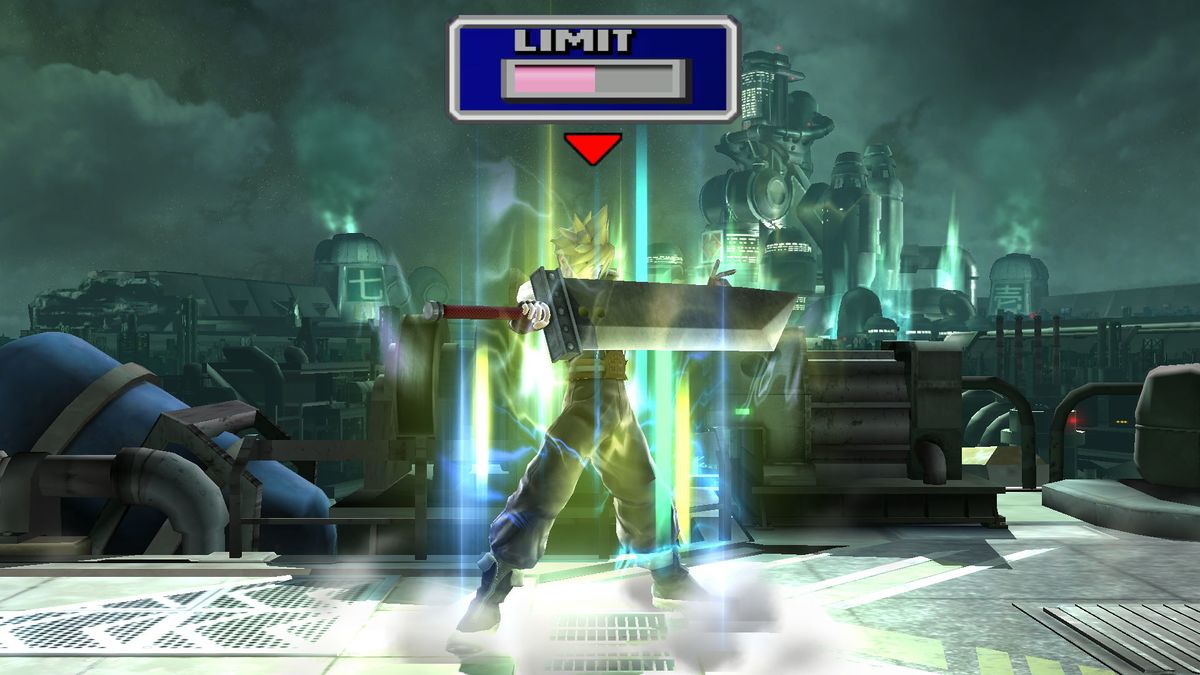 Cloud must fill a combination of 3 conditions to receive Limit. Deal 150% to characters, take 100%, and/or hold Limit Charge (down special) for 6.667 seconds. While Cloud is using down special to charge Limit, getting hit out of the move will cause him to lose the amount of Limit he would have normally gained from getting hit. At full charge Limit, he enters Limit Break where he gains 10% gravity, fall speed, fast fall speed, initial dash distance, and run speed, 15% walk speed and traction, and 20% air speed and air acceleration. In addition, the first special move he uses will be its Limit special. Cloud’s Limit Break will end in 15 seconds if he does not use a special move in that time.

In neutral, Cloud’s main poke tools are falling bair and fair. These aerials are very hard to punish even on parry because of their range and low cooldown when autocancelled. Fair is the more rewarding of the two but can be punished more easily while bair has more range and safety at the cost of fewer follow ups. Their only weakness is that they have notable startup so Cloud can be hit before the move comes out. He can also use dtilt to cross up the opponent or use the aforementioned aerials to cross up. While crossing up an opponent is usually a solid strategy, characters like Joker with fast bairs can punish an opponent behind them better than an opponent in front of them. If the opponent is at a distance, he can charge Limit to force an approach. Be aware that charging Limit takes 7 frames to cancel. Cloud’s grab is frame 9, making it one of the slowest grabs in the game. In addition, Cloud does not have any true combos out of grab, thus grabs are risky and have little reward. Only grab if you are sure that it will connect. At low percents, Cloud’s fair combos into almost his entire kit, most notably into Cross Slash or run-up utilt.

Almost the entirety of Cloud’s kit can be used to punish landings. Dash attack, jab combo, and ftilt send the opponent outwards to a potential ledge trap or edgeguard, utilt and dtilt send the opponent straight up for uair follow ups, and Cross Slash does plenty of guaranteed damage, doing 23% when fresh. Cloud should focus on racking damage until about 130% because he should be saving his kill moves for when they kill since his Limit is a precious resource.

Masashi uses a variety of tricks to aid his recovery

Cloud has a few options to aid his recovery. He can use his good air speed and his above average directional air dodge to grab ledge. He can snap to the ledge if he uses Climhazzard close to the ledge or if he starts Climhazzard above ledge and is falling with the down hit. He can wall jump to give himself a bit more air time. Cross Slash and Blade Beam can stall him in the air and change his direction for mix ups. He can even charge Limit to attempt to gain access to his Limit Climhazzard. Even with all these, Cloud will get gimped a lot so it is important to play safe in neutral and punish your opponent’s mistakes. 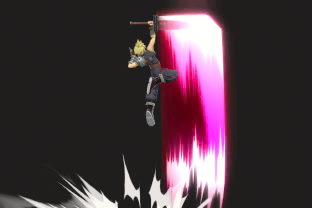 Climhazzard comes out frame 7 and starts killing at around 130 from the ground. Learn to consistently reverse this move to hit opponents behind you and improve your recovery. Cloud can also roll or empty jump out of shield. Your opponent should not be doing anything laggy enough for you to ever land a successful shield grab especially given Cloud’s short grab range. Cloud can also jump nair out of shield as it is his only passable rising aerial but that is also risky. This is because it has a tiny hitbox in comparison to his other aerials and its low damage means it loses to many other attacks. This creates an imbalance because Cloud has one mediocre rising aerial but great falling aerials meaning that him jumping most likely signals a falling fair or bair. At around 150, Cloud can dair out of shield as a desperation kill option.

Cloud’s average kill percent is higher than you may expect. His bair and fair are telegraphed, his smash attacks are laggy, forget about his uair killing before 150, and his Limit specials don’t usually kill onstage until at least 130. Onstage, Cloud’s ftilt has good range and speed but is unsafe if shielded. When the opponent is at high percents, Cloud’s main gameplan is to charge Limit to confirm a kill. As a set up, Cloud can put his opponent in a ledgetrap and hold shield with full Limit. From here, he can punish every get-up option with Limit Climhazzard out of shield, effectively creating a checkmate situation.

Cloud has the tools to edgeguard only some recoveries, specifically, short, linear recoveries with a weak hitbox. Most of the time, the risk-reward favors staying on stage to charge Limit and then ledge trap, but Cloud can use his dair and fair spikes to stymie linear recoveries. His dair pokes through some stages like Smashville and Town and City which can lead to a spike before the opponent grabs the ledge. This works well on people trying to snap the ledge by hugging the stage like Pit or Sonic whose recoveries need to travel a certain distance before grabbing the ledge. Blade beam can force low recoveries or steal jumps, but it is a commitment to use so use it sparingly. Drop zone nair can beat out linear recoveries like Falco and Little Mac. While it can trade with many recoveries, most of the time, the knockback is not enough that the opponent can still recover. For example, hitting drop down nair is easy on Fox, but Fox can simply try again until he grabs that ledge.  Cloud can also bair to stop high recoveries or snipe jumps. Cloud’s sword hitbox of falling Climhazzard drags the opponent down and usually kills them first so it can be used as a stock trade.

Cloud’s normal Blade Beam is laggy and unrewarding. You should only use it to snipe recoveries or to stop extremely slow characters like Incineroar from approaching. Cloud’s Limit Blade Beam edgeguards, kills, tech chases, and starts combos. Unfortunately it is very situational in almost all those regards. It edgeguards best on slanted stages where it has a slight downward angle, most of which are banned, and it kills later than Limit Cross Slash. Note that it hits all hanging opponents at ledge.

Cloud’s Limit Cross Slash can hit a very large area in front of him so you can use it to punish landings, edgeguard, ledgetrap, and tech chase. You can combo into it from falling dair, nair, or falling uair. You can also use it as a ledge trump punish to cover all possible DI. At higher percents, simply dropping down and hitting the opponent into the stage with this will launch them too fast to tech the stage.

Once Sparg0 has his Limit Charged, Pablo's stock was toast

Cloud’s Limit Climhazzard is an incredible out of shield punish that starts to kill at about 130. As previously mentioned, in a ledgetrap, you can hold shield to punish all their options on reaction. Limit Climhazzard can also be used for high kills off the top if you feel like risking your limit charge.

Luna finishes the last stock of the set in style

Cloud’s Limit Charge should be used liberally whenever the opponent cannot immediately hit Cloud. This means it can be used while landing and while standing on high platforms. Finishing Touch is a slow move, and the chance of landing it is very small, but it can change the tides of a match if it takes a stock at 70.