Chauster, as you may know already,  is currently the support player for CLG.Prime. Even though he may be known in the LoL community as an outspoken professional gamer, his insight and game sense are second-to-none. When he doesn't troll and answers serious questions, his reponses are honest, insightful, and fascinating.

His AMA megathread on clgaming.net is especially intriguing. For more than a year now, Chauster has taken time to answer questions from fans, be it about gameplay strategies, social issues, or rating girls on a scale of 1-10. He claims that he's doing this because he's bored, but a 1200+page thread can speak to a dedicated member that offers genuine fan interaction. Seriously, who else does this? Either way, I had the opportunity to interview one of the original members of CLG and the brain behind the Prime team: 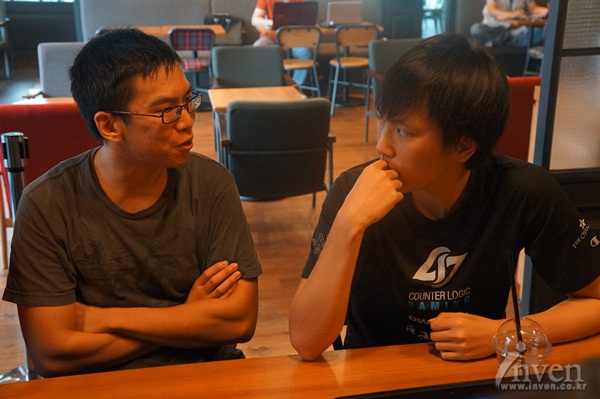 Chauster and Doublelift; from Inven

What have you been doing lately?

Chauster: After NA regionals I went home for about a week to unwind and prepare for the long haul of practice before S2 Grand Finals. I just streamed for a bit and spent some time with family and friends before moving down to the gaming house where I'm residing as we speak.

You introduced Promote in tournament gameplay against Frost in the OGN Summer RO8 match, and CLG.NA has been showing off the Teleport/Promote strategy in the Regionals. Are you still tinkering with its potential?

Chauster: I originally intended to use promote to snowball an early tower. It was part of a snowballing tower/counter-jungling strategy that is supposed to snowball the game to a free win if played correctly (which we did not do but that is another story). Indirectly during that game I noticed that promote was strong enough to take inhibitors if left untouched during long stand-offs (an inevitability mid-late game when objectives are being contested).

The potential for split pushing with promote is amazing, and I crafted a strategy that was sparked by a question on my AMA talking about TP on AD carry. I used to play sivir with TP when I played AD carry for CLG so I immediately knew how to abuse promote. As for tinkering with promote, the potential has pretty much been seen already. Outside of running double promote and having insane guerrilla warfare tactics or early towers down, I can't see promote being used in more tourney viable ways.

What makes someone a good support player? What distinguishes "good" supports from the "not-so-good" ones?

Chauster: A good support will know what he needs to do to allow his AD carry to farm and deny the enemy AD carry farm. This is a subtle statement but executing it at the top level requires very good knowledge of the game to play at the top level. Good supports will be able to play with the same mindset as the AD carry and that is what separates them from bad ones.

Are there any LoL fixes (buffs, nerfs, etc) that you would like from Riot?

Chauster: Please fix the fact that silenced targets are able to flash RNG status. Also Xerath's ultimate fizzles when he dies and I don't think that is supposed to happen. There are a ton of other bugs but I'm pretty lazy.

Your favorite champions are Lee Sin and Xerath (I/N: and Fizz according to a recent AMA question) . Both are underplayed in the tournament scene. Why?

Chauster: Lee Sin requires a lot of skill to go with his kit late game. He is falsely known to fall off late game. Junglers are generally mechanically disadvantaged relative to other roles since they don't practice anything but last hitting jungle creep (a big generalization). So generally their Lee Sin play is bad.

Xerath is a champion I feel is very strong but doesn't see play. I actually don't know why top players do not play him. I feel like when he was released the former AP mids did not favor him or even try to pick him up and dismissed him without much thought. He isn't very fun and he is hard to play well even though he seems simple.

What should Lee Sin be doing in team fights/ late game?

Chauster: The thing about playing Lee is that even if you build tanky he still feels squishy since his skillset requires him to waste half his resources gap closing (also his spells having cast times doesn't help). Late game team fights are tricky for this reason and it requires a true tank player to play late game Lee at his potential.

There aren't very many good tank players, and even fewer tanks that play Lee. Late game Lee requires you to know how to peel and how to just CC the enemy without doing anything else. Use your time efficiently and tank only damage that you need to tank. The fact that almost every Lee player can't do this makes Lee seem really weak late game even though he has an AOE slow/AS debuff/displacement/line knockup 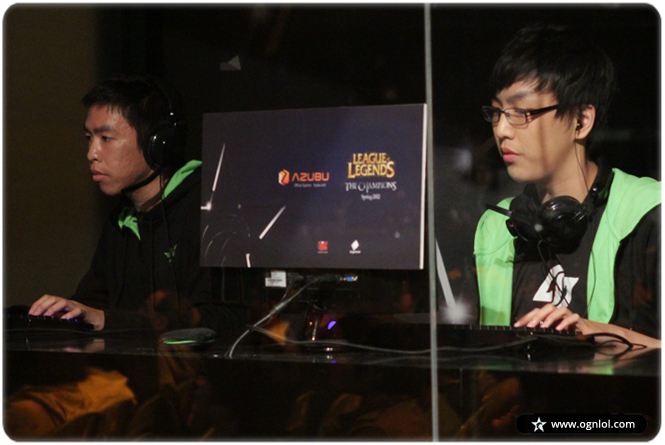 CLG.NA has participated in two OGN tournaments so far. What were the reasons (I guess particularly for coming to Korea for the second time)?

Chauster: We came to Korea the second time in order to get practice for NA regionals. The thought process behind that was that there were hardly any NA teams worth scrimming. The only teams worth scrimming were TSM and Dig and they are our competition so why would we scrim them? We decided to participate in OGN to give us a chance to play against Korean teams and it paid off.

Are there any tricks/cheese/strategies/playstyles you picked up in the OGN tournament(s)? Will CLG.Prime incorporate any of them in its gameplay in the future?

Chauster: We picked up a few random standard gameplay lessons from Korea. If anything the biggest lesson from OGN was learning about our own team's strengths and weaknesses. After OGN and NA regionals I now know how to work better with our relatively new lineup.

Do you perceive a gap between KR/NA/EU LoL scenes in terms of skills level? If there are such gaps, why do you think they exist?

Chauster: I feel that NA AP mids are the weakest of all regions, EU AP mids are the strongest of all regions, and that EU bot lanes are the weakest of all regions. Korean top laners are also on the stronger side. In terms of team play, Asians and Europeans are far above NA. Teamwork is better in Asia mostly because of the sixth man that exists on many top Asian teams. This stops pointless arguing and learning the game is done as constructive as possible. Also with a sixth man opinions are valued more and teams can improve without having to focus on blame deflect.

What does CLG.NA need to improve on before the Championship?

Chauster: Playing off of our strengths is something we have not been doing. We are caught up in trying to take what others have done successfully instead of countering what people are successful at.

Your AMA on clgaming.net is very interesting, and you have been doing this for over an year. What made you start it?

Chauster: I started the AMA because I was bored and wanted to answer some questions.

What was the most interesting question you answered in your AMA (or something that sticks out in your head)?

Is there a certain type of question that you don't really like to answer in your AMA?

Chauster: I hate answering questions about runes and masteries. It is annoying because you could just pop out a solomid guide and find out the basics. Runes and masteries don't make or break a player, it is playstyle.

Some AMA-style questions for you to wrap up the interview:

Do you agree with Scarra's view that Riot has too much influence on the LoL scene?

Chauster: yes riot has all the power to do whatever they want and everyone has to bend to their will if we want a part in their competitive scene

Chauster: 7 since i cant see her face, rating will probably drop if you can (I/N: gg)

Describe each of your teammates in one word (and yourself). 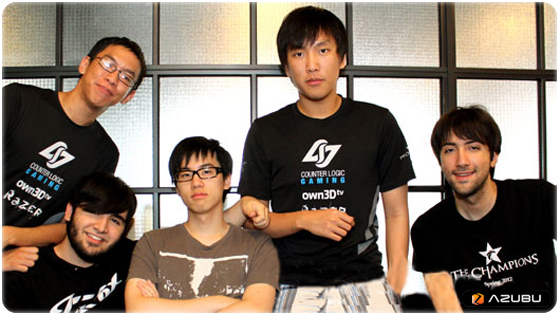 What frustrates you when playing bot-lane? Does Doublelift do anything that pisses you off?

Chauster: I am frustrated when my solo lanes lose and their loss affects my play bottom when we are winning/doing well. Spillover from other lanes is really annoying. DL goes full retard once in awhile and it is annoying when he derps out which happens a lot for the first game of the day because we forcefully wake him up from his slumber.

Would you like to have a coach on your team?

Who will win the Championship?